The day has come.. I made karaage today! 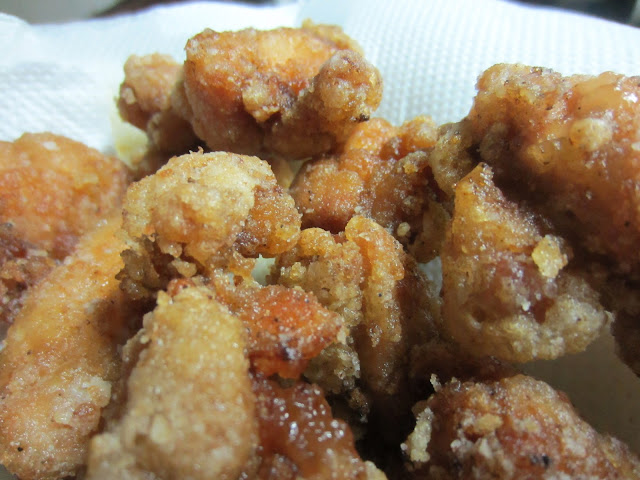 Do not be deceived by the looks.. it looks like karaage, but it tastes nothing like the karaage you get from japanese restaurants or food markets.. (><) 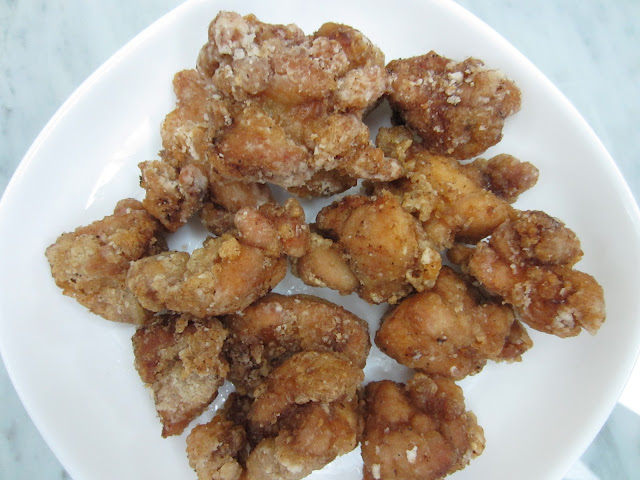 I'm not sure what I did wrong, but my karaage sure doesn't taste like it should. I followed the recipe from just hungry (check recipe here), except I used mirin instead of sake. It turned out nicely crisp on the outside, and succulent and juicy inside.. but the taste is not quite it.. I'm thinking if mirin could have changed the taste that much. Or could it be my use of the really "old" ginger that's been sitting in the fridge for 2 months??? I don't know (><||). 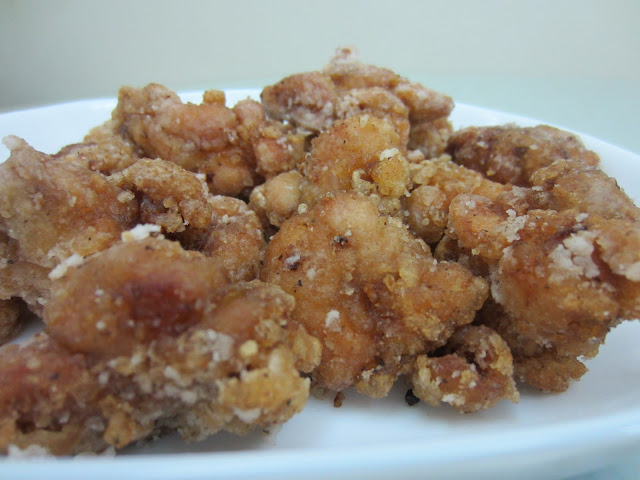 Sadly, I have to say that this is an unsuccessful attempt at making karaage.. However, this has been a slightly more successful attempt at deep-frying (^^). Guess all is not lost. Chicken's nice, though not as tasty as it should be. Fatty hubby's says it's still a good attempt. And the leftovers will be going into my japanese curry dinner tomorrow.. using ready-made paste, of course (^^) 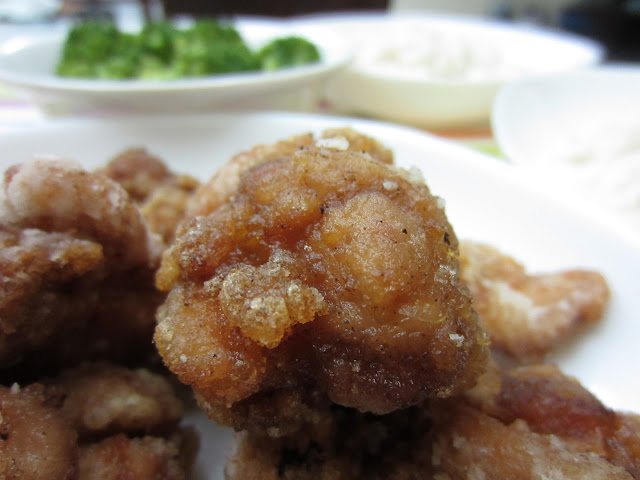 Nice crispy, juicy fried chicken.. but not quite karaage. ^^

Posted by pudgy butterfly at 11:01 PM