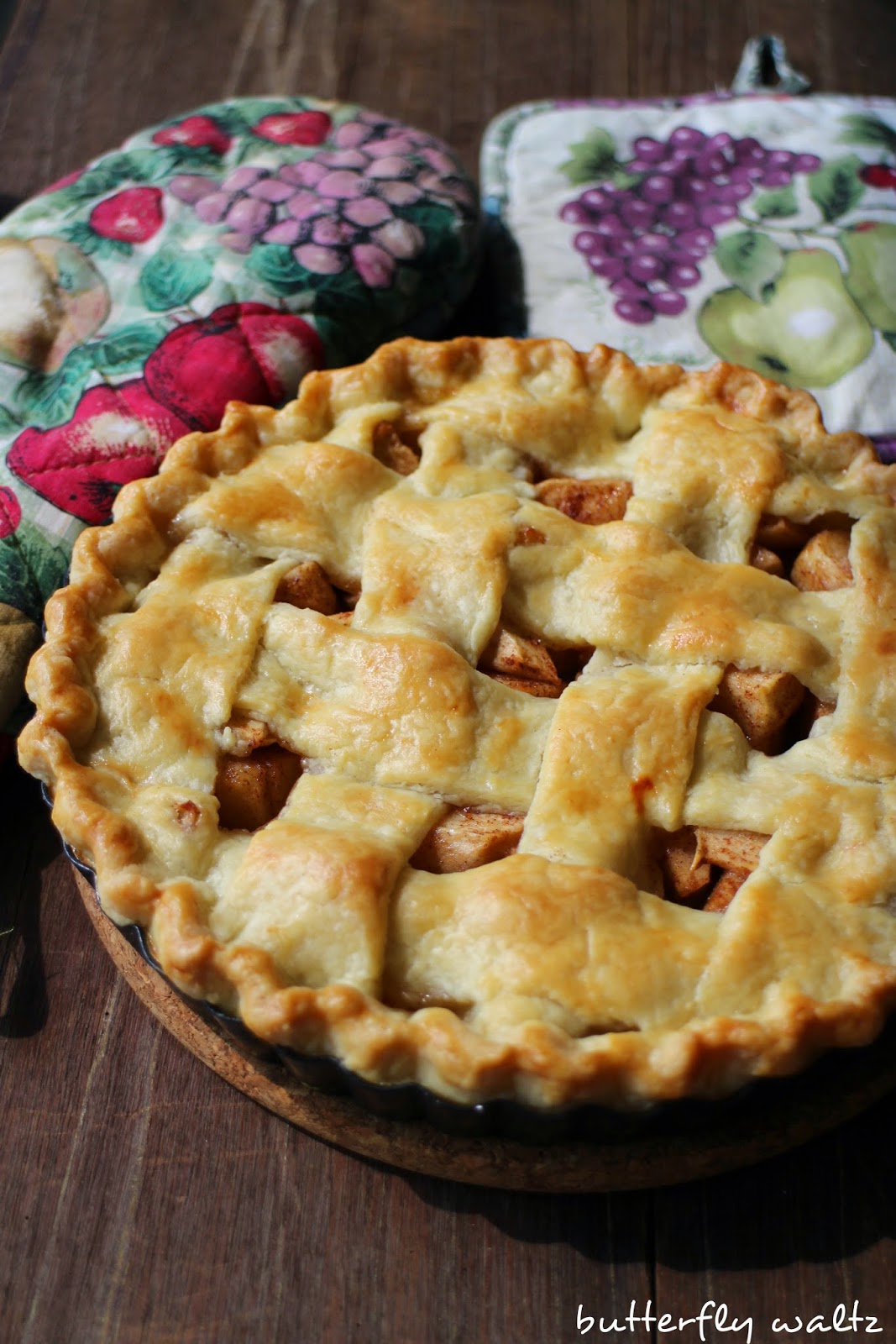 Can't believe it's been 2 years since I last made apple pie! Well, that's 'cos big and baby pig's mom makes the best apple pie.. so I steer clear of this bake. But since chubby pig is visiting and he doesn't get apple pie very much, I decided to make some for him. ^^

I've always wanted to make a latticed top crust, but I've never gotten it right ^^ll.. this time I used a ruler to make the strips after getting the idea from a baking show on tv. And success at last! Er, I know it's not exatly pretty and it's far from perfect, but at least, I'm half way there!  ^^

I used the same easy peasy apple pie recipe from martha stewart and smitten kitchen for the crust and used fuji apples for the filling because of its crunch. I don't care for green apples as I prefer a naturally sweetish pie which we usually eat as it is, sans vanilla ice cream most times! ^^ 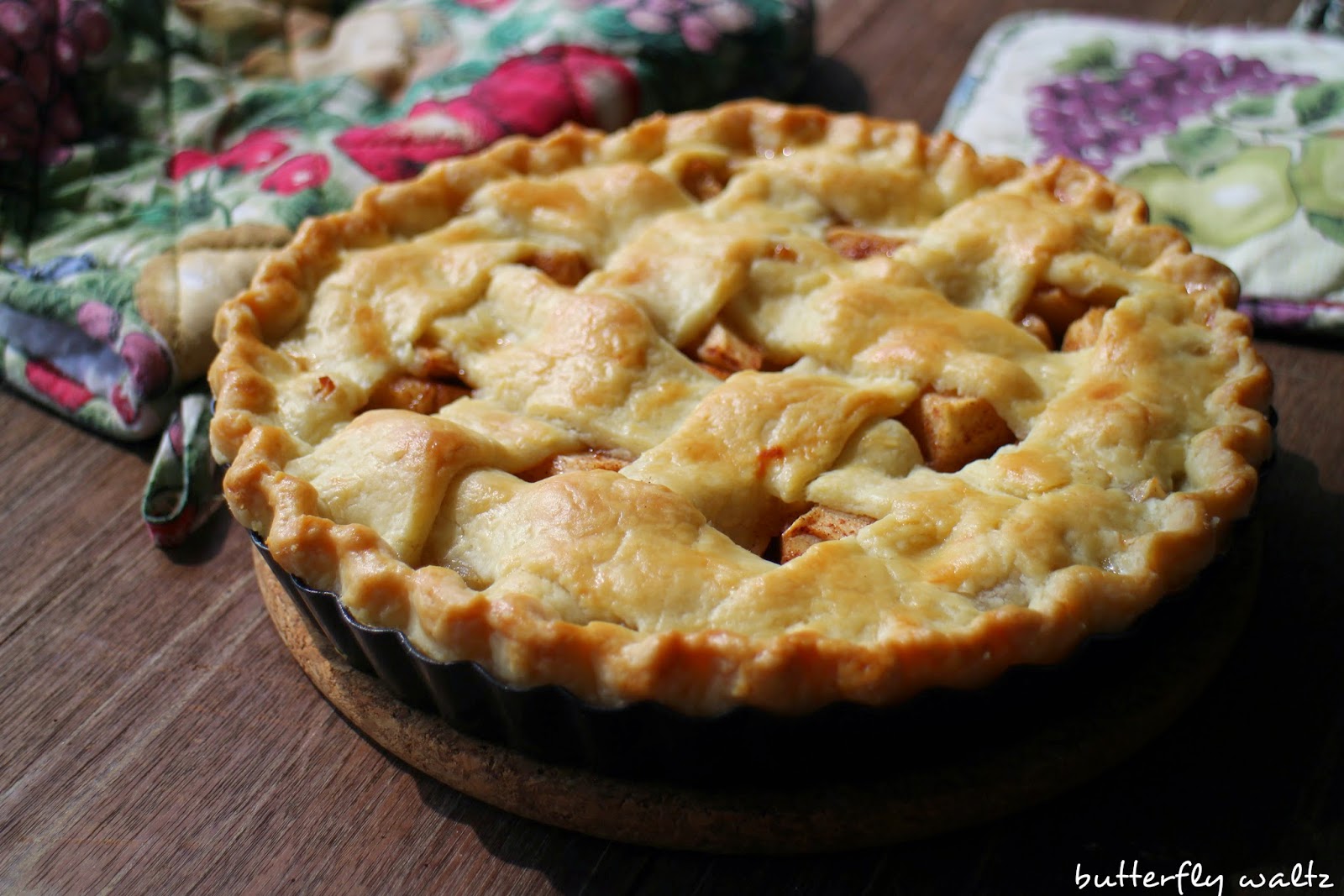 Well, there's nothing like having freshly baked, warm apple pie! Chubby was in seventh-heaven! He loves the flaky buttery crust and the gorgeous simple filling! ^^ "This is the best apple pie I've had!".. so chubby said. Er, well, he's not had that many to compare with, of course, haha! ^^

Now if the ultimate apple pie connoisseurs (big and baby), say it is.. then you'd better believe it! They have after all, been fed only the best apple pies! And they love this apple pie! 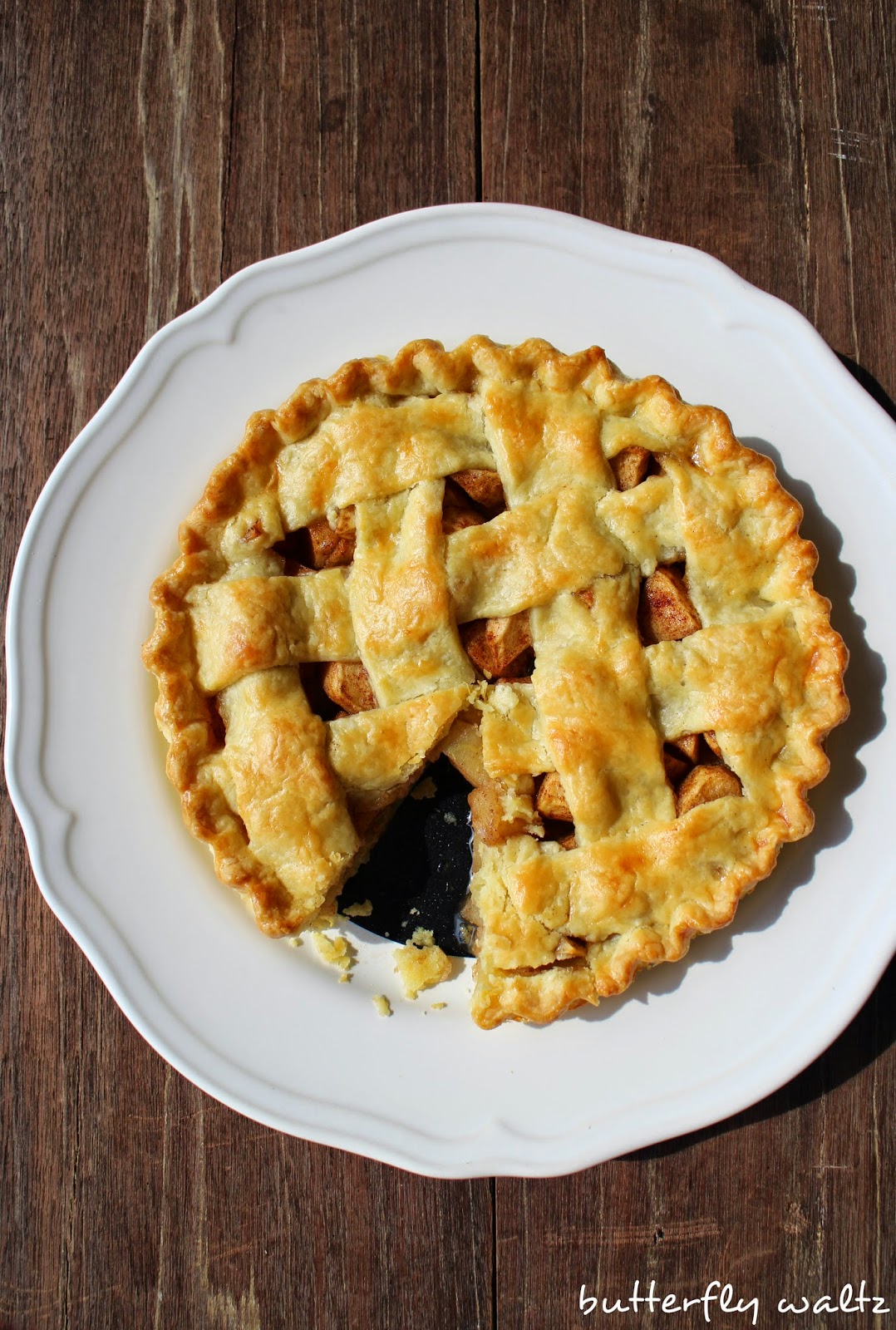 Poor fatty hubby.. there was none left for him. And boy, was he miffed. Sorry fatty, I'll make sure to make more next time! ^^

Posted by pudgy butterfly at 5:29 PM

Email ThisBlogThis!Share to TwitterShare to FacebookShare to Pinterest
Labels: desserts, happiness is.., tarts

Hi Hui
Oh, I really think your apple pie looks so gorgeous with that lattice top. I have tried making the lattice top once but it was difficult for me to handle when with this hot weather going on that time. There was a time I thought of working the lattice top inside the fridge instead....hahahaha...

And now you are getting me trying to make apple pie as I always love martha stewart pie crust recipe. I think chubby pig is so blessed coming over for this visit as he gets to indulge all those great and delicious desserts from hwr aunty....and what's more bonus is, those melting moments absolutely so gorgeous and beautiful in looking. You nailed it so perfect Hui!! Two thumbs up!! .

You are always so encouraging, mel! Both the apple pie and melting moments are far from perfect-looking, haha! But they are both thumbs up good in terms of taste!

I wish chubby visited more often.. so there's more reason to bake. Well at least I still have a week with him ^^