It's Valentine's day! A perfect excuse to bake and cook to my heart's content!


And what better way to celebrate valentine's day with all things SWEET.. and STRAWBERRIES! 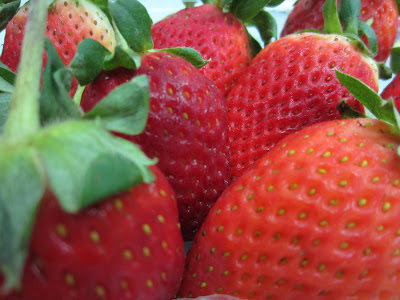 I've been meaning to do something special for big pig for a while now. Since he tasted strawberry shortcake, the american version, he's been raving about how good and special it is. I think it's the novelty of having this kind of strawberry shortcake that makes him drool. The american version is not at all popular here, as opposed to the light, sponge-cake japanese version. 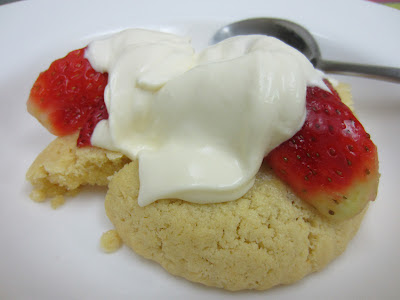 After many searches, I decided to make smitten kitchen's strawberry shortcake. And it's absolutely lovely! I can now understand Big's "thing" over american strawberry shortcake. Though the shortcake does look quite a lot like scones, it tastes way, way better than scones. This shortcake is really nice and moist, and has a zesty tang. My shortcake probably didn't rise as much as it should, as I only used 3/4 tbsp baking powder as opposed to 2 tbsp as per recipe. It's not much to look at, but it's absolutely scrumptious! I've never been a fan of scones.. but I LOVE this shortcake!


You'd think that's all I did this afternoon, right? Wrong! You think I'd let such a good opportunity pass.. it's a free pass day today! Papa pig who? ^^ 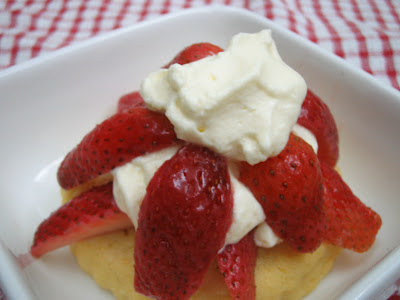 Last night I read daily delicious's post on white chocolate cups: soft mousse with strawberries.. a simple dessert for valentine's and I couldn't resist! It looked so pretty and easy, I had to make this too. 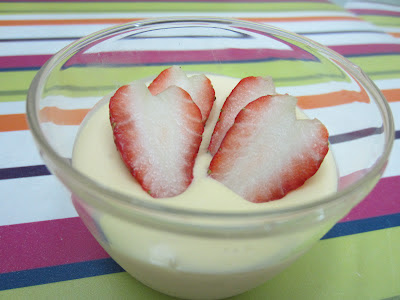 So was it as good as it looks? I'm quite sure it would have been.. if only my white chocolate didn't fail me. The white chocolate that I used had a 'funny' after taste, which kind of spoiled the taste.. and maybe, the texture too, which I thought was rather heavy. I would have liked it better if it was lighter. Anyways, it's not too bad, but it wasn't great either. I'd still like to make this again, but not with this brand of white chocolate! 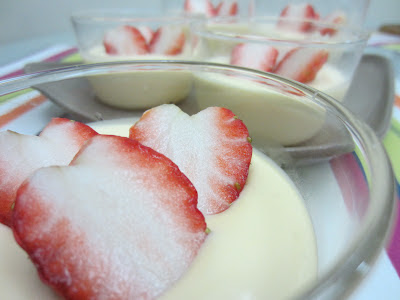 I was so ambitious this afternoon, I tried to make tonkatsu (deep fried pork cutlets) too, recipe from just hungry. I don't normally fry stuff, and this is probably my 2nd time.. And failed miserably. I was expecting nice, golden chops like what you get in the restaurants. But it was nowhere near 'golden'! It was a mess of brownish tints! So much for my deep-frying attempts.


I gave up after frying 2 pork chops and decided to grill the rest. I topped the chops with some grated 'vintage' cheddar cheese. Result? Looks much better than the deep-fried version. Taste wise, the deep fried chops were more juicy and succulent. Next time I would bake first and then grill to brown the crust. 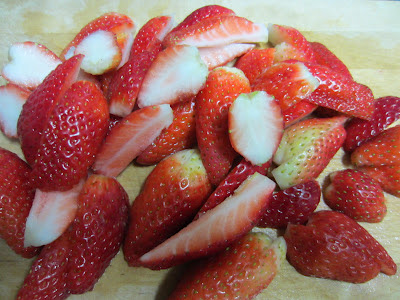 Anyways it's been a wonderful day. An adrenalin-rush afternoon! A sugar-rush evening! What more can a girl ask for!

Posted by pudgy butterfly at 1:30 AM